Television has been an integral part of our lives since 1950s. Huddled together around our TV sets, we have watched live key world events, be it the 9/11 terrorist attacks or the FIFA World Cups.  But in 2022, many watched the world’s greatest sporting event on their mobile phones.

Yes, television as we know it, is no longer the mainstream news or entertainment medium. Streaming platforms have eroded linear TV’s audience. According to a Deloitte survey, in the U.S. in 2021  82% of people subscribed to a streaming service and only 65% to paid cable TV.  And this ‘cord-cutting’ is not confined to younger audiences. Another study by PwC indicates 28% of consumers over 50 years old don’t pay for traditional TV services, and 61% get TV content from online sources.

Does cutting the cord mean cutting out live TV? No the TV audience, especially the Facebook generation, uses the internet to access TV on computers, phones, and other mobile devices.

So what is the way forward for broadcast TV Marketing? Go where the viewers are. 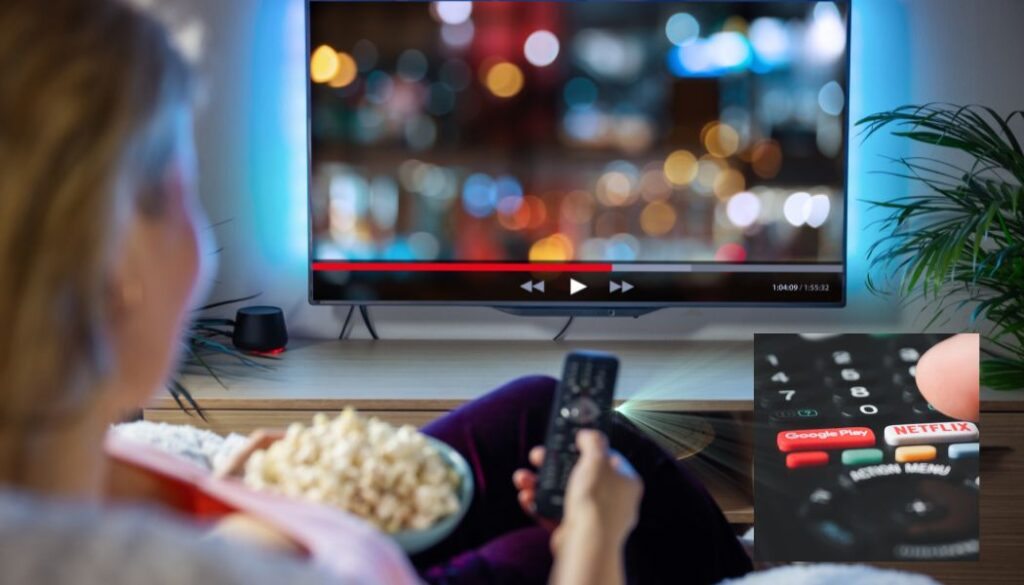 From broadcasting to narrowcasting

Television is being watched anywhere, anytime. This customized mode poses several challenges, as one size does not fit all. It requires a ‘narrowcasting’ approach.

Digitizing content in different formats is not enough. A “narrowcasting” or a personalized approach is required in TV marketing too. And as our in-depth discussions with television networks in the US reveal,  most have thrived without a TV marketing strategy for 40+ years. That will no longer work.

So here are some key TV marketing strategies and tools that will help broadcasters ride the streaming wave.

Nowadays TV shows are sold as franchises. Simultaneous promotions are created for use on-air, online, and on mobile. And shared across a range of channels and media. While the internet crosses geographical barriers, what about the language barrier?

No worries. There are specific CCM tools that localize conversations from multiple communication channels. In fact, there are several customer communication tools (CCM) available that automate newsletters, emailers, SMS messages. Finding the most cost-effective CCM tools is most important.

What does Social Media have to do with Broadcast Media?

Yes, ads in social media promote content. But the idea is to make television a more active and real-time experience for audiences. Television channels can post hashtags or indicate social media websites where viewers can comment live.  Releasing live video clips from  shows on social media also draws audiences and could generate revenue.

So while social media platforms allow television shows to be accessed online, the big challenge for TV networks is to reach the right audience.

Locate your target with SEO

Netflix, Amazon Prime Video, and Hulu, the three big streaming platforms in the USA offer similar services and rates. Yet Netflix is synonymous with streaming. People watch Netflix, and not necessarily specific shows. In fact, shows get popular because they are on Netflix, Customers buy brands – not products. And the Netflix brand was created with the use of social media and search engine marketing

So remember SEO rankings matter, to experience the “NetFlix effect”.

It pays to partner

If you can’t beat them, join them.

TV networks are getting into win-win partnerships with other OTT players. BVOD (Broadcast Video on Demand) tie-ups are  witnessing the highest surge in recent years. No surprises, as viewers get top-quality content  from established broadcasters on a device of their choice.

BVOD is a great way to reach tech-savvy younger generations. A  recent study shows that linear TV and BVOD together reached more than 90% of the UK’s adult population each week in 2021, and has also accounted for nearly 26% of broadcaster viewing among 16 to 34-year-olds.

Various established broadcasters have come up with their BVOD offering. For example, BBC iPlayer is a free streaming service that offers live and catch up TV from all of BBC’s channels.

Broadcast Networks will have to rewrite the script, on a blank page. And the starting point: a shift in the mind-set of the leadership, particularly towards

For the longest most big  broadcasters perceived TV watchers as passive couch potatoes, who needed nothing beyond good content. But the tables have turned. Customers hold the remote control and at will, block ads, unsubscribe, download, share,  or comment on content on social media. And they value ease of  discovering content, more than discounts.

Broadcast TV used to be a ‘one-to-many’ business. One powerful establishment called all the shots. It commissioned content, distributed content, and sold advertising as well as subscriptions.

Now it is a ‘many-to-many’ ecosystem that involves several organizations in several countries.  And a portfolio of products, services, and technologies. Leaders need to nurture this ecosystem and be open to new ideas. Take for example, NBC tied up with Quibi (short for quick bites), a startup to create short-form daily news shows; aimed at 25- to 35-year-olds on a mobile platform.

According to the 2021 Deloitte Survey, the next wave of disruption may lie with Generation Z—who prefers to play video games, stream music, and engage on social media, rather than just watch TV or movies.

Is this an opportunity for the Integration of TV content and interactive games?

The television industry has survived several threats and still lives on. Cable arrived in the 1980s. Broadcasters converted it into an opportunity to serve niche interests like movies and sporting events. Then arrived MTV with its free music videos, followed by reality television which had even cheaper content as the audiences were the actors.

And then came the spoiler. The Youtuber. Now everyone is producing and sharing content. We have moved from broadcasting to narrowcasting.

Yet some things will never change even in a digital environment. The desire for shared experiences and high-quality, original content.

Can broadcast networks build on their inherent strengths and ride the streaming wave?

No posts were found for provided query parameters.