Let’s take a walk. Not on a nature trail. But let’s go down the lanes where our memories dwell. Yes, let’s visit the realm of the brain, the only vehicle that can take us on journeys of endless imagination and insight. It’s where new territories are discovered every day. It’s a place where we make decisions and where our empathy awakens. When it comes to experiencing the pleasures of buying, brain becomes our canvas of met and unmet expectations. For, it is in those lobes of the grey matter of consumers where they feel the rush of emotions after buying something. The experience could go either way. A fabulous customer experience or CX can cause a feel-good rush in the brain.

Many business leaders, making decisions for their companies, assume that a buyer’s decision is based purely on logic. In the minds of the leaders, the equation is simple. If something is logical, it is saleable. And yet, scientific studies reveal that logic is not the only component behind a buy decision. Truly appreciating such a finding, requires a closer look at what makes the brain tick.

THE SCIENCE BEHIND FABULOUS CX

In-order to understand how we perceive things around us, it is important to have a little understanding of how our brain works.

The deepest and oldest part of the human brain is the reptilian brain. It manages survival and involuntary bodily regulations such as heart beating, breathing, excretion, and perspiration. 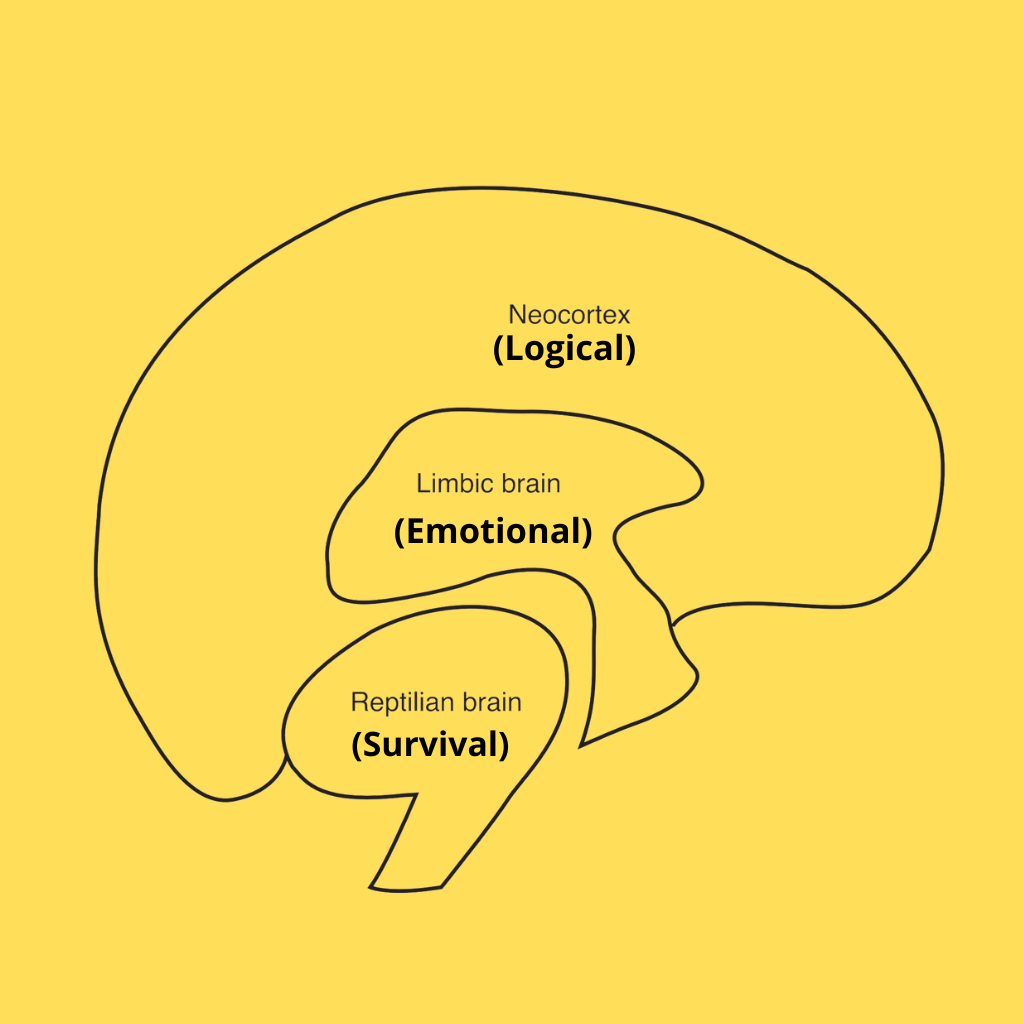 At the second level is the limbic brain. It is the centre of emotions where the sensations of pleasure and pain, or ecstasy and alarm arise. The limbic brain separates its perceived world into two essential categories: ‘I like’ or ‘I dislike.’

The third, or the neocortex, is the genuinely thinking part of the brain. It is capable of logical reasoning, abstract thought, language, and anticipation.

Neuroscientist, Antonio Damasio found that emotions played an important role in the understanding and reasoning that went into decision-making. His research came as a surprise for those of the opinion that decisions were simply made in the neocortex of the brain or the seat of logical thinking. Damasio proved that in many cases, delays in decision-making were caused by the lack of an emotional lift from the limbic brain. It shook contemporary thinking. People came to realise that it is the lift from emotions that can quickly mark a decision as sound, unsound, or inconsequential. Sometimes don’t we get impulsive and pull out a brilliant decision literally out of a hat? At other times we regret a decision taken on the spur of the moment. Then when wiser sense prevails, we realize that it’s all about maintaining a balance. Wisdom is a balance between the limbic brain and the neocortex. It is the result of watching and learning from our emotions. Damasio’s research has shown that emotions play a central role in acquiring social understanding and decision-making.

Example 1: Neuroscientist Damasio’s highly successful patient, Elliot, suffered damage to the limbic brain (the one that triggers emotion). As a result, he has trouble choosing between Tuesday and Wednesday for the next appointment. He spends 20 to 30 minutes thinking of the advantages of Tuesday and those of Wednesday, unable to make up his mind. It was clear that the delay in decision-making was due to the lack of emotional lift.

Example 2: Pepsi Challenge of the 1970s – a series of blind taste tests that found more people preferred the taste of Pepsi to Coke. And so Coke responded with a new product to challenge Pepsi’s taste and beat it in the blind taste tests. The new Coke turned out to be a worldwide disaster. Ultimately the original Coke (Coca-Cola) was brought back. It was observed that in the many blind tests, where brands were concealed, consumers tended to prefer the taste of Pepsi while they favoured Coca-Cola when the brand was apparent.

Neuroscience techniques were used to investigate the observations. It was found that when the brands were concealed, the same part of the brain was activated regardless of the brand being tested (the basic appetite part of the brain). However, the brand knowledge of Coca-Cola activated that part of the brain which is connected to emotion. This study highlighted the effect of a powerful brand on the consumer’s brain. Also, it was observed that our feelings and emotions dictate our responses to the many situations around us. That’s why, associating a particular emotion with something, helps us connect better to it. Some other observations were that 95% of our decision-making or purchasing decisions are subconscious. A big chunk of it is driven by emotion. It is that emotion that we learn to adore, which logical reasoning cannot dissuade.

Wrapping up: what businesses should do

Discover what is fabulous CX:

What is CX strategy:

Pleasure drives our actions, which is why businesses need to focus on enhancing customer experiences. The better their customers feel, the better their products will do in the market. Let’s take the CCM industry as an example. We must acknowledge the similarity of features across brands. In other words, a lack of scope for product differentiation plagues the industry. The situation is like that between Coca-Cola and Pepsi.

But the problem of the similarity of features can be overcome by improving customer experience with the use of neuroscience. In this series of blogs, we explore the intricacies of neuroscience. It results in longstanding psychological bonds with our consumers. We have carefully chosen experiences to share with you coming up in our next edition. Look for this space or subscribe our newsletter.

No posts were found for provided query parameters.